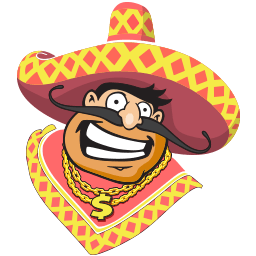 Check out Our Outlet Store

From humble beginnings in 1987, Uncle Dan’s Pawn has grown to one of the largest independently-owned pawnbrokers in North Texas. Now with eight pawnshops and a retail outlet store, we keep our overhead low in order to bring our customers the best values possible.

Later that year, we opened our first store in a Cedar Hill shopping center at Beltline and Highway 67.  After several years in that Cedar Hill location, we outgrew our space and needed a larger building.  We purchased 1.67 acres behind our existing store on N. Clark Rd. Construction began immediately on our new 7,500 sq. ft. site. After six months, we moved into our beautiful new building.  Our Cedar Hill store has been in this location since 1992.  The company began to make loans on large items like cars, boats, buses, trailers and 18-wheelers. Once we were asked to make a loan on a helicopter, but we did not know anyone that could test it!

In 1994, we purchased a former gas station on the corner of South Hampton & Wheatland Rd. Using our Cedar Hill store as the prototype, we quickly started construction.  By January 1995, Uncle Dan’s Pawn – South Dallas was in operation. This large, modern building just off of I-20 is easily identified by our tall neon sign and is considered our flagship location.

Uncle Dan’s Pawn – Garland was purchased from the previous owners in 2000.  This store, located at Broadway and Dairy Rd, was remodeled and extended to over 4,000 sq. ft.  Also in 2000, we acquired another established store in a strip shopping center. Once again, our company quickly outgrew the space and purchased a 7,800 sq ft. building at the corner of Greenville and Ross Boulevard.  In June 2008, Century Bank acquired this location and we were once again searching for a new location. We set our sights on a building at W. Mockingbird and Highway 183.  This store, highlighted by a diamond-shaped crystal chandelier, is now known as Uncle Dan’s Pawn – North Dallas.  Like all of our store designs, the remodeled space is open, bright, inviting and has plenty of parking. The updated LED lighted showcases make shopping a pleasure.

In 2010 two more stores were purchased, one in Mesquite, and one on East Grand Avenue in Dallas.  Both stores have been remodeled to meet the high quality standards that you have come to expect from Uncle Dan’s Pawn.

We are proud of all of our stores and our store teams.  Whether you need a loan or want a great deal on name brand merchandise, we invite you to come in to any one of our six stores in the Dallas Metro Area.  You’ll be glad you did!

Our stores sell NEW and gently-used, diamond jewelry and name-brand merchandise at a fraction of retail. Plus, we pay top dollar for your gold and diamonds! With an in-house GIA Diamond Specialist and CAD (Computer Assisted Design) Custom Jewelry Designer, you can design your own, buy new, remount, trade-up, or special order from the factory at WHOLESALE PRICES!